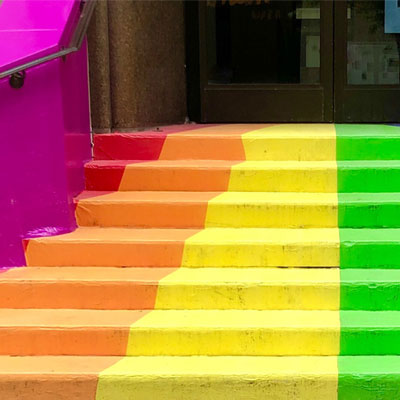 “If you do not want what I want, please try not to tell me that my want is wrong. Or if my beliefs are different from yours, at least pause before you set out to correct them. Or if my emotion seems less or more intense than yours, given the same circumstances, try not to ask me to feel other than I do. Or if I act, or fail to act, in the manner of your design for action, please let me be. I do not, for the moment at least, ask you to understand me. That will come only when you are willing to give up trying to change me into a copy of you.”
― David Keirsey, Please Understand Me II: Temperament, Character, Intelligence

Over the last two weeks, most Americans have changed their typical everyday conversations from COVID-19 to George Floyd. Instead of taking shelter, people are taking to the streets in masses – masked and unmasked – to protest the tragedy of a black man brutalized and killed by a white police officer in Minneapolis, Minnesota.

It is time to listen and learn – to understand what African Americans have experienced for centuries, and even moreso, to listen, learn and understand diversity everywhere.

June is National Pride Month – a time when the LGBTQ community gathers to celebrate their identities, to remember their history and to bring awareness about the LGBTQ community – similar to what African Americans have been struggling to achieve for so many years.

This is a time in our country – and in the world – where people should celebrate their identities and know they will be accepted for who they are with the ultimate hope everyone will see the world without labels, and without prejudice. Despite progress, it still is incredibly difficult for someone to come out.

Many people don’t recognize that everyone has a boutique identity these days and choosing different ways to identify and express themselves. There is a whole community out there scared of being judged, fighting for equality, and simply wanting to celebrate their existence.

Let’s make this month – Pride Month – a time for each of us to listen, learn, help improve the perceptions of society and encourage inclusiveness. Let’s celebrate who we are, let’s get to know people we don’t know, let’s take the time to see others and the world around us from a perspective most don’t see. Let’s grow in strength from our diversity and celebrate the lifestyle choices each of us makes.

Words matter. Learn the right ones and use them appropriately

By not using the appropriate or correct words, you inadvertently can invalidate and dehumanize another individual. So many assumptions are embedded in language. Words, as well as actions, mean something. That is why listening and learning are so important if we want to see a more united and accepting country.

When most people hear the term LGBTQ for instance, the definitions are countless.

Here are some common terms to help familiarize you with the LGBTQ community:

Sexual orientation: how a person characterizes their sexuality. Don’t use the term sexual preference because that infers a choice.

Gay: a sexual orientation that describes a person who is emotionally or sexually attracted to a person of the same sex – commonly used to describe men

Lesbian: a woman who is emotionally or sexually attracted to a person of the same sex

Bisexual: a person who is emotionally or sexually attracted to more than one sex or gender

Pansexual: a person who can be attracted to all different kinds of people regardless of their biological sex or gender identity

Asexual: a person who experiences no sexual attraction to other people

Gender identity: someone’s concept of self as male, female or neither; a person’s gender identity may not align with their sex at birth

Gender expression: how we express our gender identity; how we do or do not conform to the socially defined behaviors of masculine or feminine

Transgender: a person whose gender identity differs from the sex they were assigned at birth; transgender is not a sexual orientation or behavior; it is a gender identity

Cisgender: a person whose gender identity aligns with the sex they were assigned at birth

Binary: the concept of dividing sex or gender into two categories: sex is male or female; gender is masculine or feminine

Nonbinary: not identifying as either male or female

Trans: the overarching umbrella term for various kinds of gender identities in the trans community

Coming out: the complicated, ongoing process by which one discovers and accepts one’s own sexual and gender identity

Closeted: an LGBTQ person who will not or cannot disclose their sex, sexual orientation or gender identity to the wider world

No dictionary will contain the extensive terms that are used today within the LGBTQ community. If you hear a word you don’t recognize, it is OK to ask what it means. Acceptance begins with listening, learning and understanding. Doing nothing is part of the problem.

There’s no rush to label yourself

Figuring out your sexual orientation can be really confusing, so take your time. Explore how you feel, examine your thoughts and behaviors, reflect on your past relationships and how they made you feel, and even consider experimenting with your sexuality. It’s also OK to view your sexuality identity as fluid. It is OK to change your mind.

Celebrate your sexual identity as part of who you are. Be proud of yourself; give yourself permission to be the person you want to be and are.

Background on the history of Pride Month:

On June 28, 1969, police raided the Stonewall Inn, a gay club in Greenwich Village, New York, which resulted in bar patrons, staff and neighborhood residents rioting onto Christopher Street outside. One of the leaders of the riots was a black, trans, bisexual woman – Marsha P. Johnson. The riots last six days. The message was clear – protesters wanted places they could frequent where they could be open about their sexual orientation without fear of arrest.

In 1999, Bill Clinton was the first US President to officially recognize Pride Month. From 2009 to 2016, Barack Obama declared June LGBT Pride Month. In May 2019, President Donald Trump recognized Pride Month with a tweet announcing his administration had launched a global campaign to decriminalize homosexuality.

LGBTQ is the acronym for lesbian, gay, bisexual, transgender and queer. Sometimes you may see + following the acronym, which represents other sexual identities including pansexual, asexual and omnisexual. The plus sign also can mean “questioning” – people who are figuring out their sexual orientation or gender identity.

About the Author: Joe Kort

Dr. Joe Kort is a certified sex addiction therapist, certified Imago Relationship Therapist and a certified Sex Therapist providing mental health outpatient services for individuals and couples as well as those struggling with depression and anxiety issues in the Farmington Hills, Royal Oak, West Bloomfield and Troy areas. The Center for Relationship and Sexual Health – www.CRSH.com – provides this information written by its founder, Dr. Kort, in order to educate interested readers. (248) 399-7447.
Go to Top